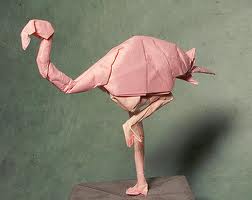 This relates to a previous flash Close Encounters with Goldfish.

That’s the trouble with origami flamingos, they crumple under duress. Exotic-pathetic. I needed something with a little more resilience, like the steel ties you put inside hardening concrete.

‘Good idea’ I said, thinking somehow of Dali’s elephants. There was the same sense of melancholy, loneliness. I wasn’t the sort of man who jollied things along.

We were working on a 3-d nature project. I was substituting myself for his Dad, my  brother Barry. I was a bit of a pipe cleaner then…

‘What do you want to be when you grow up?’ I said by way of inane conversation.

‘Harry Potter’  said Gary, pleased. ‘NOT Voldemort – but’, he mumbled, ‘you’re not really supposed to say his name’. The same way we’re not to mention his Dad who did a runner.

‘Why flamingos?’ I almost continued but then I realised, slap on my thigh, I should keep my mouth shut.

‘Stopped yourself short’ my wife Christine would have said and no bad thing. I have a big mouth sometimes, I admit it, but sometimes what comes out of my mouth isn’t big, it’s petty. I blame the wiring – I’m a left-handed geek with a penchant for spatial relations and a neurotic eye for detail. Imperfection irks me. ‘You didn’t have to point it out’ Christine often says. She’s my PR face saving agent, saves me from digging myself in deep by digging me in the ribs at social occasions.

Phoenicopterus is the genus for anyone interested. And my nephew was. He had the same kind of forensic intensity as my father and that’s putting a hell of a genetic load on his eight year old shoulders. My father was an obsessive collector of facts and artefacts, Guinness Books of Records, stamps and Spielburg film memorabilia. By the time I was born he had done a conversion and moved all his stuff up there. I knew him throughout my childhood as the Man in the Attic. He spent his evenings cataloguing, cross referencing, archiving, noting the gaps in his collections and when, in recent years Barry  introduced him to Ebay, we never saw him.

When he died we thought it was of disgruntlement. He had lost a table quiz that night. My mother told us afterwards that they discovered a twisted gut. She didn’t seemed surprised. She asked me to help her apply for that telly programme where they come to your house and help you sell your collectibles for cash. Her application was accepted and she played the soulful widow on the BBC. She cleared him out that way.

Gary and I figure out how to get the flamingos to stand. This origami thing goes way back.

One time Barry and I made paper boats and sailed them in a race on the long ponds of a country house that had opened its doors to the public. My mother, conservatively diligent had convinced my father to bring us for the open space and the fresh air.

Barry’s boat tied itself up in pond weed and sank slowly, sodden while mine chugged on but then he produced another that stayed intact and sailed absolutely true and – with a little help from a stick – crossed the finish line first. He won a packet of crisps which in those days was worth the bother.

There were large goldfish in the long ponds and Barry was thrilled with them. So much bigger than the ordinary, he conjured up possiblilities of ecto-algae-plasm that had accelerated their growth. Later a heron landed in the water, enthralled the crowd. But when he plucked a goldfish from the water and soared, Barry roared.

He cried all the way home. We thought it was still because of the fish but I found out later that he’d lost his crisps. Fish, crisps, its easy to confuse in the middle of a tantrum. And he had them. He was much older than me but I overhead somebody say once that when I arrived it took the shine off him and made him cantankerous. In the nights his nightmares displayed heron flamingo confusion. Or perhaps they didn’t, he developed a love of flamingos that his son seemed to have inherited. More genetic load bearing.

Speaking of load bearing, when I grew up I became an architect, Barry became a magician. We were both illusionists. He created objects where they weren’t there before, I created space and light. My builders sawed through partition timbers. He sawed a woman in half. Gary wanted to be sawn in half but Barry said there wasn’t enough of him. So Barry and Gary’s mother Pauline left him intact with me when they ditched him for the high life.

Pauline became Barry’s assistant. Their love was so intense and exclusive that she would be torn in half by him if that was what he wanted. She was no Debbie McGee. She was lumbering, gothic, her eyes disappeared into folds of flesh. He transformed her: with his magic wand, with love, with a massive loan, gastric band and cosmetic surgery. It was remarkable really. They also removed Gary like an appendage, said he’d be better with us.

We got a postcard from the Flamingo Hotel in Las Vegas. Barry had hit the big time with his magic show. My elevations weren’t comparable. In recessionary times work was thin on the ground. I undercut the competition for kitchen extensions and planning applications. In the postcard Barry and Pauline said that they spent their day floating on the lilos in the hotel pool. Looking at young Gary I wished they would sink like Barry’s paper boat. This time Christine allowed me the gripe- out of earshot of Gary –  and even added a few choice words of her own. When it came to children Christine was a Rottweiler of an advocate, despite the gentleness of those green eyes, her soft bosomy look.

I don’t know if I ever told you this but when Barry was young my father accidently killed his goldfish and lied about it. My mother said Barry was never the same after.

Gary and I get the flamingos to stand. I have to say they look terrific. Gary’s happy, he grins at me, his proper father figure. I turn the page and find instructions for origami goldfish. If Barry had been here we could have all made them together. 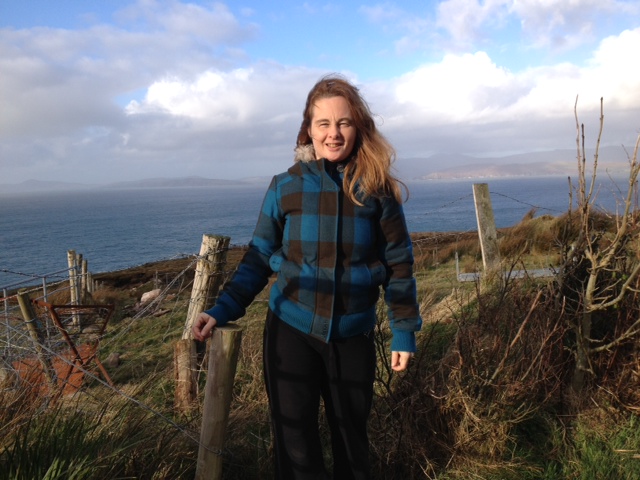 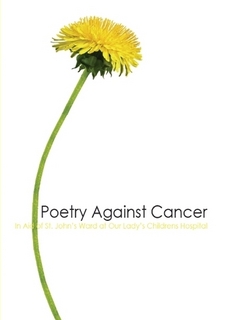 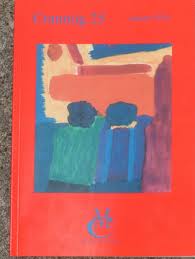 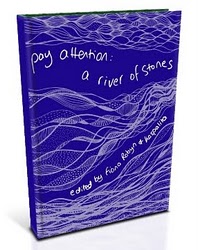